They came, they saw, they conquered..!

As part of their 'adventurous Wednesday' series, year 6 took on Slieau Whallian. The hill stands proud as the main feature in the view from the school field, and even gets a mention in the school song!
Starting from the school field, year 6 walked along the old railway line to St John's before starting the grueling trek up through Slieau Whallian plantation - that got steeper and steeper!
The final leg of the journey involved a brave walk through some cows, before reaching the summit cairn - which seems to have been recently rearranged into a sculpted platform.
We could clearly see the school and field, where we had started, which looked tiny!
The children were very impressed with the views, especially when reaching key view points. We could see Jurby Church to the north, Cronk ny Arrey Laa to the south, Douglas to the east and Peel to the west. The Mourne Moutnains were also very clear on the western horizon.
The journey was about 9km long, but the climb was a leg bursting 300m up! 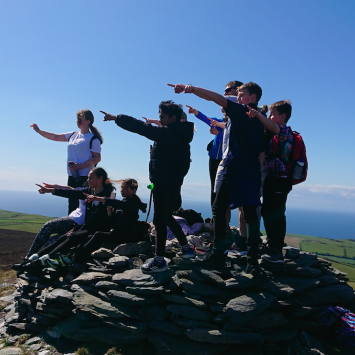 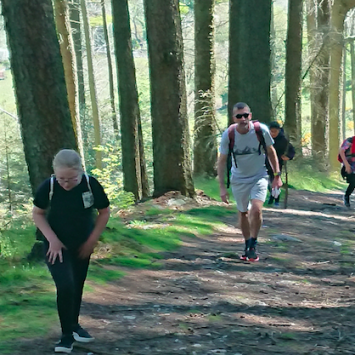 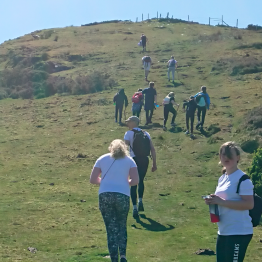 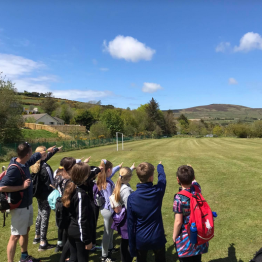