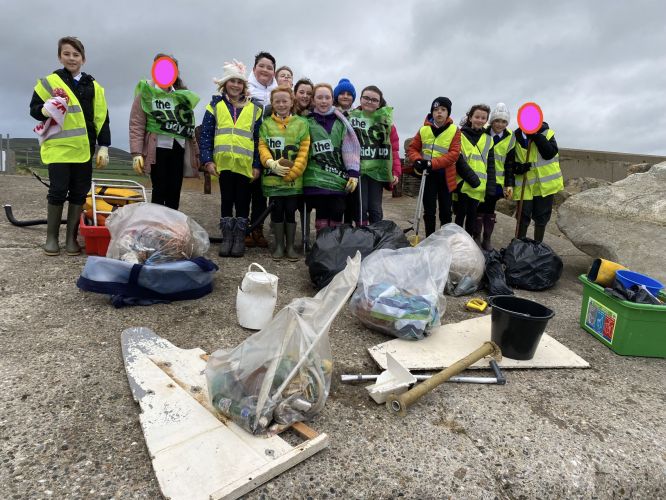 Cornelly went to Brewery Beach, Kentraugh to the scene of a recent yacht sinking and coming ashore. Fortunately, the 3 people who were on board were helped by the RNLI.

Cornelly collected 8 big bags FULL of beach litter as well as some larger items. There was a lot of plastic fishing paraphernalia along with cans bottles, ropes and among others.

We then took this rubbish to a Beach Buddies bin. The first we found was full and close to overflowing. Instead of leaving it next to it for the local birds to peck at, we loaded up and took it along the road to another bin to dispose of the rubbish properly.

Kudos to the children who were very sensible, enthusiastic and resilient on this VERY windy morning. 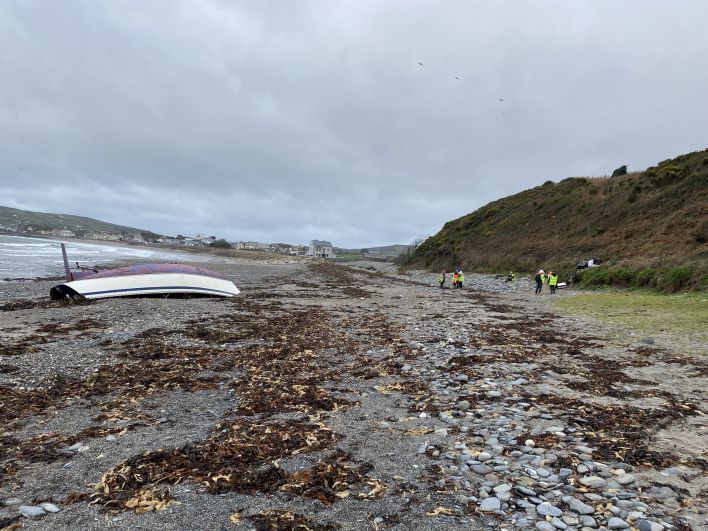 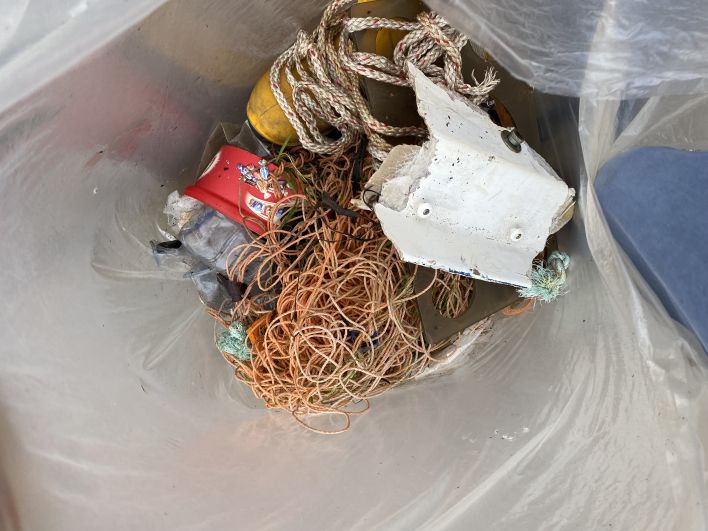 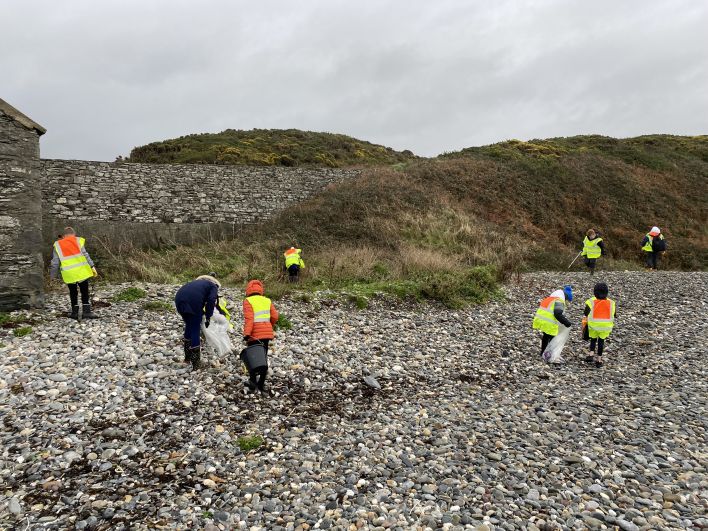 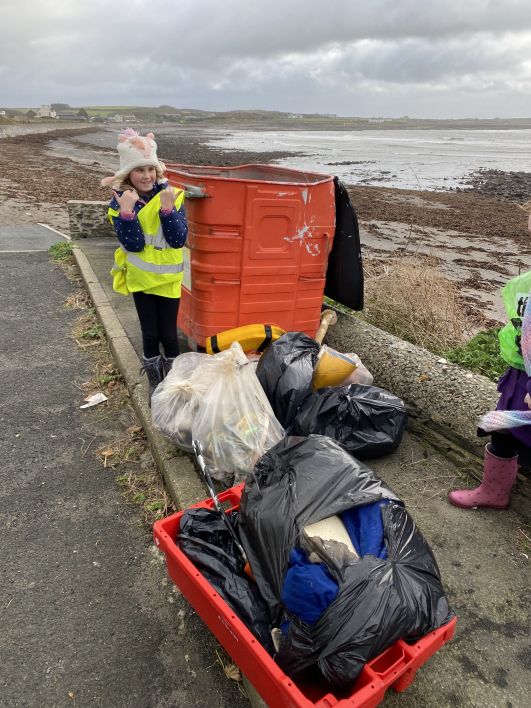